So here it is at last ! The first CD to be recorded in the studios of RADIO LEBANON 96.2FM, during the RUPTURES radio show… Featuring music by the likes of NADINE KHOURI, CHARBEL HABER, YOUMNA SABA, CRISTOBAL, and The INCOMPETENTS… We are releasing the CD, in the presence of the artists, over the course of a unique celebration at our favorite hot-spot, the WALIMAT Restaurant in HAMRA, on APRIL 30, from 5-8pm. There will be wine, food, singing and dancing.

More seriously:
– Acoustic Performances by CRISTOBAL, YOUMNA SABA, and The INCOMPETENTS
– The Projection Premiere of Youmna Saba’s ISMAK, a videoclip by Youmna Habbouche and Joe Elias
– Music by Dj Eject 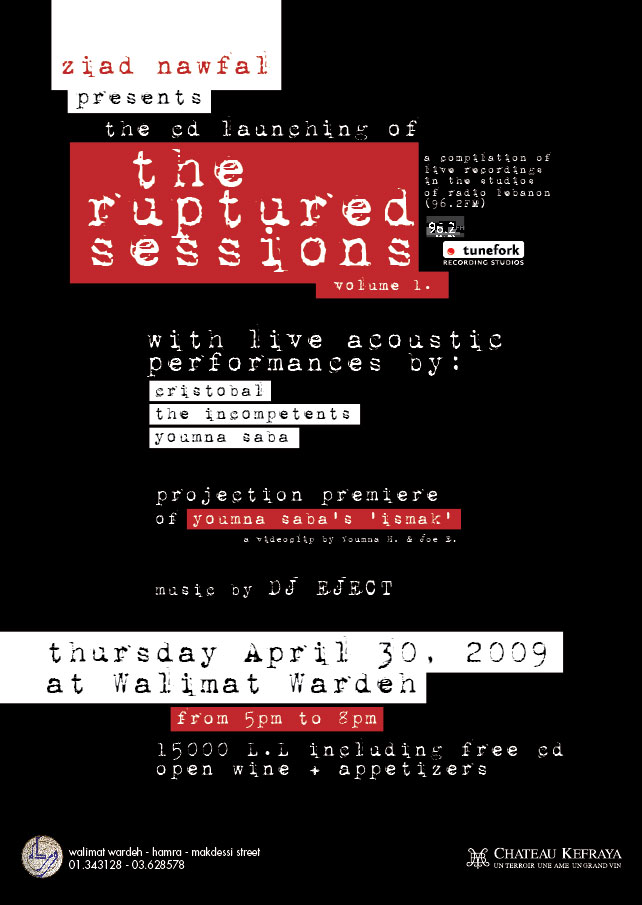