The Ruptured Sessions Vol.6 is the latest iteration of Ziad Nawfal‘s series of live recordings in the studios of Radio Lebanon. Spanning a period of 10 years, this collection includes live versions of songs by Lebanese musicians Alko B, The Incompetents, Kinematik, Postcards, Safar, The Wanton Bishops, Who Killed Bruce Lee, and Youmna Saba, as well as previously unreleased tracks by Charlie Rayne, Cosmic Analog Ensemble, and El Rass & Munma.

All Bandcamp sales from this release will be forwarded to Tunefork Studios‘ Beirut Musicians’ Fund, aimed at providing relief to musicians impacted by the deadly blast of August 4th. The fund will replace musicians’ damaged recording equipment, instruments and various music gear.

Like Loading...
2018 marked the 10th anniversary of “The Ruptured Sessions”, a series of live performances set and conducted in the studios of Radio Lebanon, during Ziad Nawfal’s “Ruptures” show.
These sessions were (and still are) aimed at highlighting the best of what Lebanon has to offer, as far as local musical talent goes. The list is long and varied, and includes such artists as Nadine Khouri, Youmna Saba, Rayess Bek, Fareeq el Atrash, Mashrou’ Leila, Wanton Bishops, Who Killed Bruce Lee, Postcards, and many others.
To celebrate these live sessions’ 10 years of existence, we will be releasing this Christmas a set by Lebanese musician Salim Naffah aka Alko B, recorded on January 2nd, 2017. The session features tracks from Alko B’s first release, “Sex Tapes”, as well as a couple of new songs.

Lebanese folk singer/songwriter Allen Seif aka OAK was the guest of Ruptures, for an interview and live performance showcasing his music career in Lebanon and Australia.

Lebanese folk singer/songwriter ELIE RAMLY aka RAMLY was the guest of Ruptures for an exclusive interview and two live performances of tracks taken from his forthcoming EP, “Beneath The Morning Sun”.

The Ruptured Sessions is a series of live recordings produced by Lebanese radio host Ziad Nawfal in the studios of Radio Lebanon. The sessions take place during Nawfal’s weekly program Ruptures, with musicians from Beirut’s alternative scene and elsewhere.

The sessions for Volume 5 were recorded in Beirut by sound engineer and musician Fadi Tabbal; and subsequently mastered in Berlin by Belgian artist and producer C-drík, who also worked on Ruptured releases El Rass and Under The Carpet. 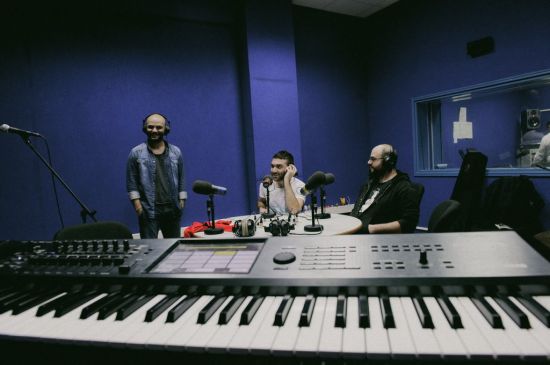 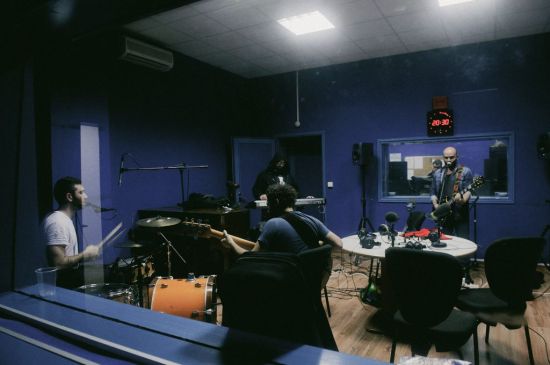 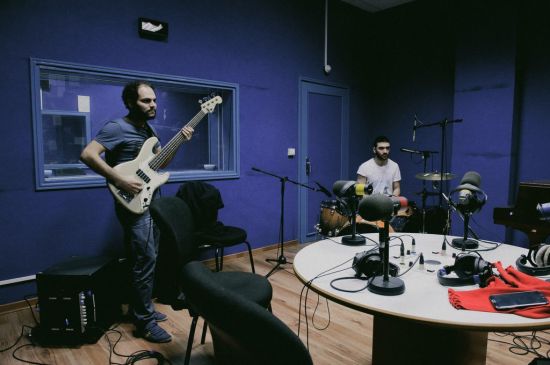 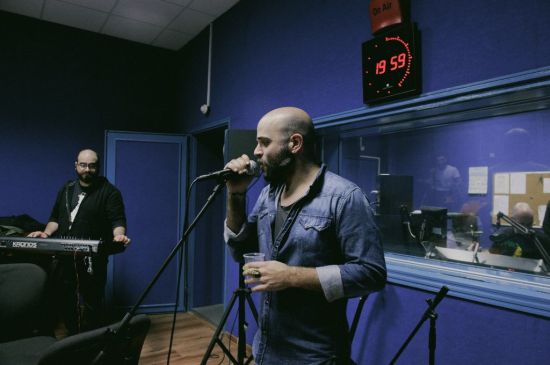 Very nice artworks by Liliane Chlela and Maria Kassab, too!

There are only 10 copies remaining of the CD compilation The Ruptured Sessions volume 3, released in the summer of 2010, out of an initial run of 500.

This compilation features exclusive radio versions, recorded during the Ruptures program on Radio Lebanon 96.2FM, of tracks by Intensive Care (now Wake Island), Eileen Khatchadourian, Mashrou’ Leila, and others… These last 10 copies are found at Beirut Art Center (Sin el Fil, 5 copies) and Music Now (Hamra, 5 copies)… There will be no reprint — hurry up and get yours 🙂 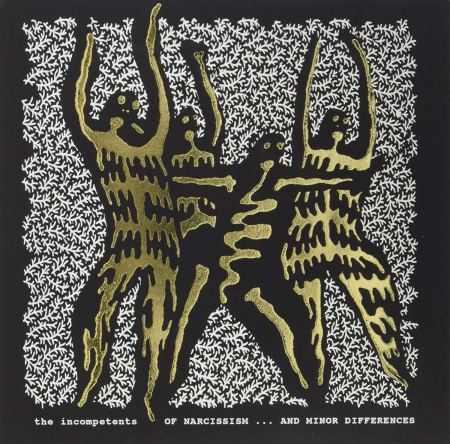 Lebanese singer/songwriter Charlie Rayne was the guest of Ruptures for an interview and live performance, a few days following the release of his first album “Thirty Sunsets”. 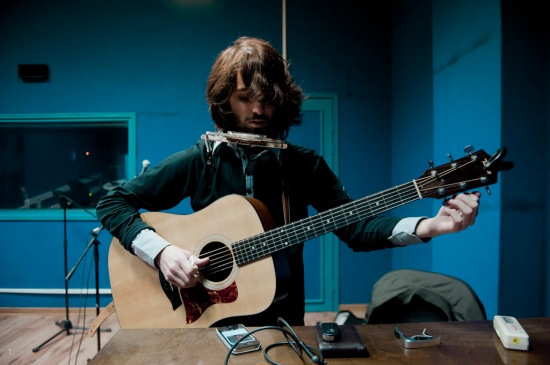 Experimental folk musician Mike Cooper was in Beirut for a few days last week, to take part in the Johnny Kafta Summer Extravaganza live event, alongside some renowned musicians from Canada and Lebanon. On a whim, I asked Mike if, instead of the traditional interview – songs – performance format, he would agree to play live for a full hour, uninterrupted… With his usual calm, he replied ‘Sure, I can do that for you’. And there you have it: a full hour of Mike Cooper improvising live in the studios of Radio Lebanon, with whatever instruments and materials he disposed of, on that evening. Fadi Tabbal engineered the whole thing, and it was rather splendid. Thank you, Mr. Cooper. 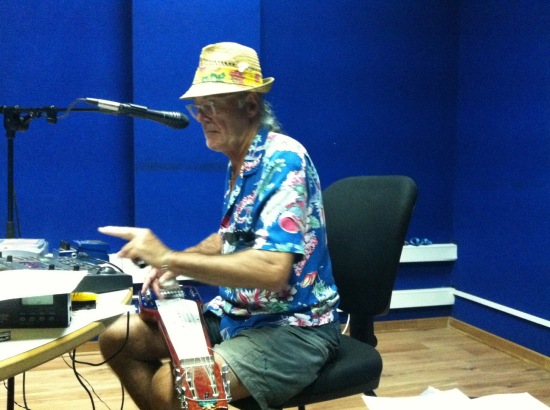 Volume 4 of celebrated CD series The Ruptured Sessions brings together a selection of some of the finest performers in the world of contemporary electronica, including artists Joseph Ghosn, Radwan Ghazi Moumneh, Munma and OkyDoky from Lebanon, as well as internationally celebrated musicians Tashweesh (Palestine), C-drík (Belgium), and Enduser (USA). The sessions were mastered in Germany by C-drík, in his Berlin studio. 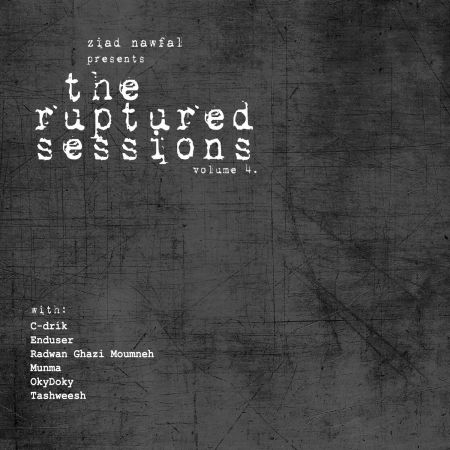 “This week, local music mogul Ziad Nawfal, who hosts the Ruptures radio program, launched the fourth CD in a series of live session recordings. The Ruptured Sessions, Volume 4 is an experimental, electronic affair with seven different artists. “Untitled Sketch,” by Joseph Ghosn, is a gently contemplative minimalist piece. Tashweesh – an electronic multimedia project involving some former members of Palestinian hip hop crew Ramallah Underground – offers up a track of soulful hip hop […]. OkyDoky launches a synth-assault in the upbeat, electro-pop track “I am a robot.” Lebanese producer Ghazi Moumeh provides a glitchy slow-paced interlude with “Ya dam’ at al ‘ain.” C-Drik does high-pitched silence in “De vous je me détache,” a […] minimal track composed of occasional bell tolls and one long, drawn out cello note, that […] create a haunting atmosphere. Munma’s “Explorer + Soft integration” is dark brooding minimal tech. The final track from Enduser is the highlight of the album, incorporating a chaotic, bass-heavy jungle beat, samples of Tasmin Archer’s rather cheesy 90s hit “Sleeping Satellite,” and an oriental style dance-off with sweeping strings fighting against the grinding beat.”
(Natalie Shooter in NOW Lebanon, March 2012)