In collaboration with Irtijal Festival and Tunefork Studios,
RUPTURED is proud to present three concerts by British singer & guitarist MIKE COOPER,
In Beirut in different venues in September 2015. 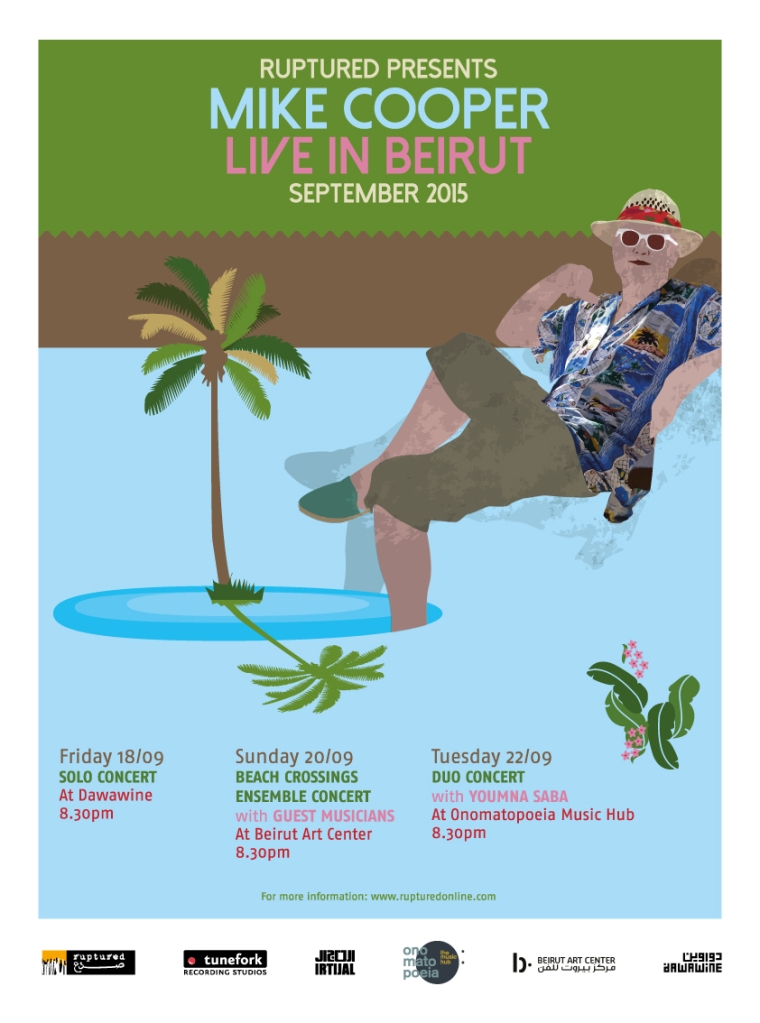