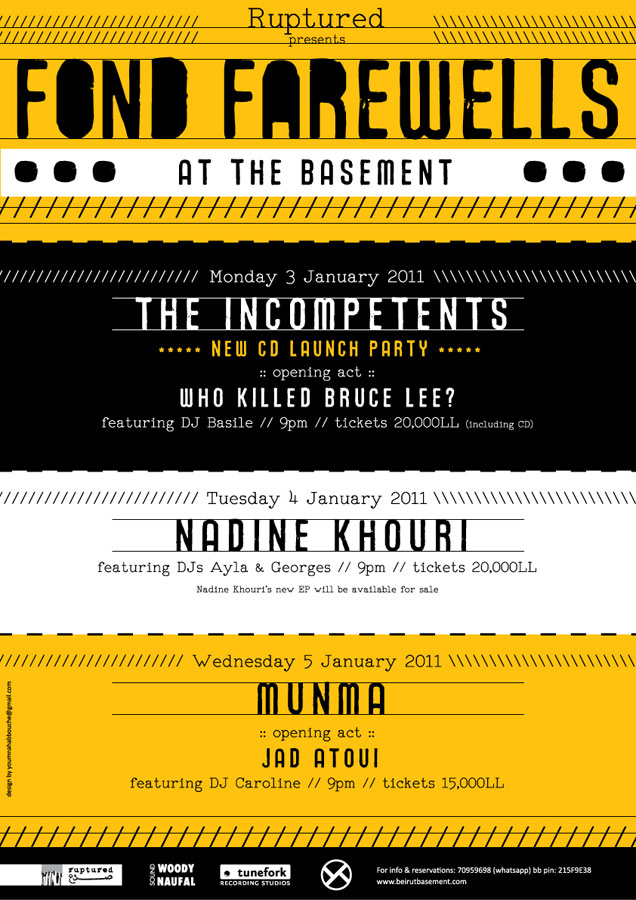 One thought on “Ruptured Live // THE INCOMPETENTS, NADINE KHOURI & MUNMA // The Basement”