Save the date! On Saturday, September 25, will be held the first edition of ‘Ghosts In The Machine’, an event incorporating live musical performances, DJ sets, and visuals (VJ’s and others). To kick off this celebration-of-sorts in style, we will present the premiere projection of live electronic band Munma‘s first-ever video, ‘The Alchemist’, conceived and directed by Damoun Ghaoui.

‘Ghosts In The Machine, edition one’ will also feature the first live performance in Lebanon (and anywhere else, for that matter) of one Jad Atoui, the younger brother of famed Lebanese electro-acoustic musician Tarek Atoui. 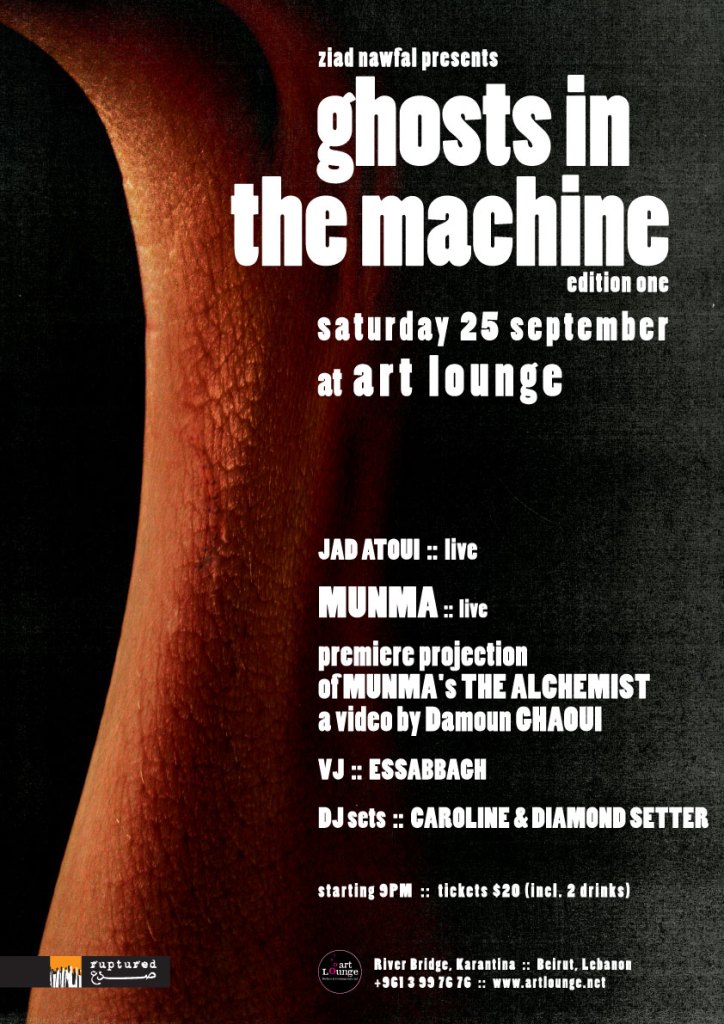