I stumbled on an archive of old photographs (well, not that old, as they are all digital) while going through my PC desktop at home. Local bands and musicians, foreign musicians playing in Lebanon, etc. Some interesting, most of them serving archival purposes, more than anything else.  I will be posting a selection of those photographs in the coming weeks.

In the meantime, here are some that my friend Salim took during Jeff Martin‘s concert at The Basement, last August. Jeff Martin used to sing with Canadian rockers The Tea Party, sometime during the 1990’s. Quite successfully, I might add; I have fond (listening) memories of a particular album entitled ‘The Edges of Twilight’…

A bit of a surprise, then, that a large part of Martin’s repertoire that night in Beirut consisted of covers, hovering over a large palette of the musical board: Massive Attack, Dead Can Dance, Nine Inch Nails, Joy Division, Led Zeppelin, The Doors, Keane (!), and of course Daniel Lanois… 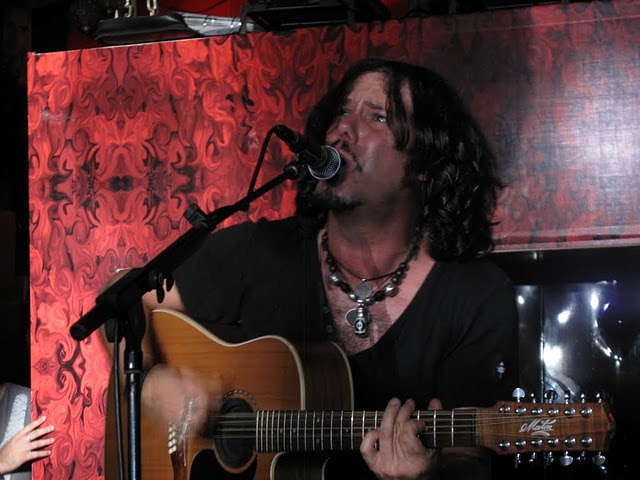