Last May, Ruptured Records released “Aran Stories”, an amazing collaboration between notable British singer Mike Cooper and explosive French quintet Hifiklub.
Scroll below for some of the reviews that were written about this unique collection of songs.
The album can now be purchased via Bandcamp here. 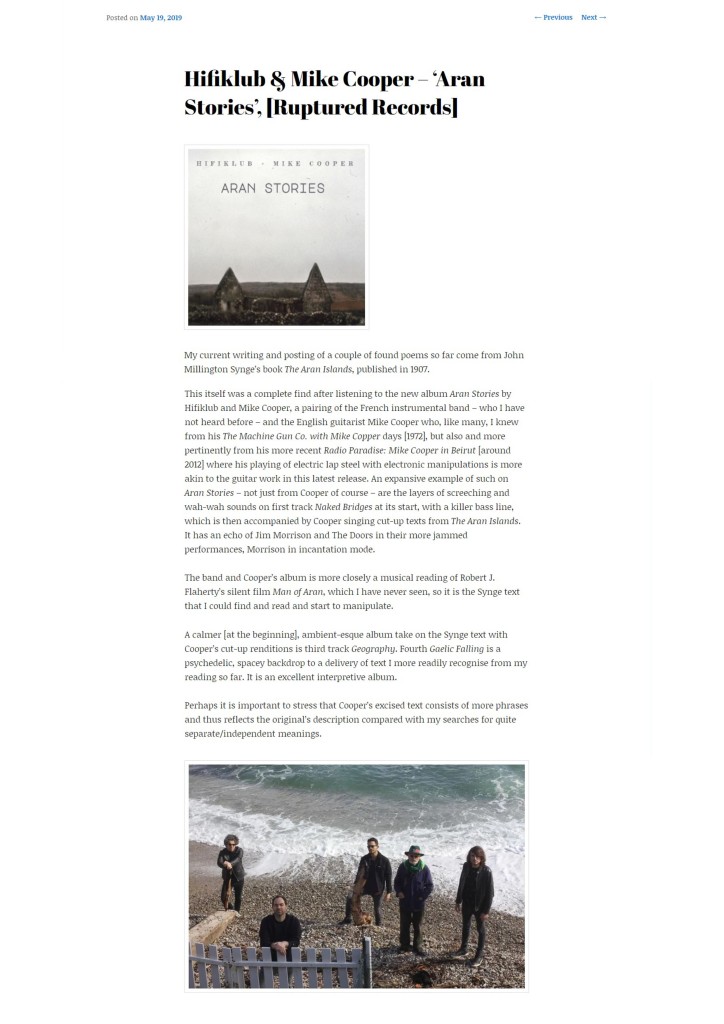