A film by Carl Theodor Dreyer
France/Germany, 1932, 75 min, in German with English subtitles
The strange adventures of Allan Gray, a young man whose studies of the Occult have distorted his perception of the real and the unreal.

Kinematik is a Lebanese instrumental rock band, whose music blends elements of 70’s psychedelia, progressive rock and post-rock. Kinematik composes instrumental pieces that feature dynamic contrast, strong melodic lines, a heavy use of distortion and effects, and reliance on electronics and synthesizers. Their first album Ala’ will be released by Lebanese indie label Ruptured on LP/CD in 2017. 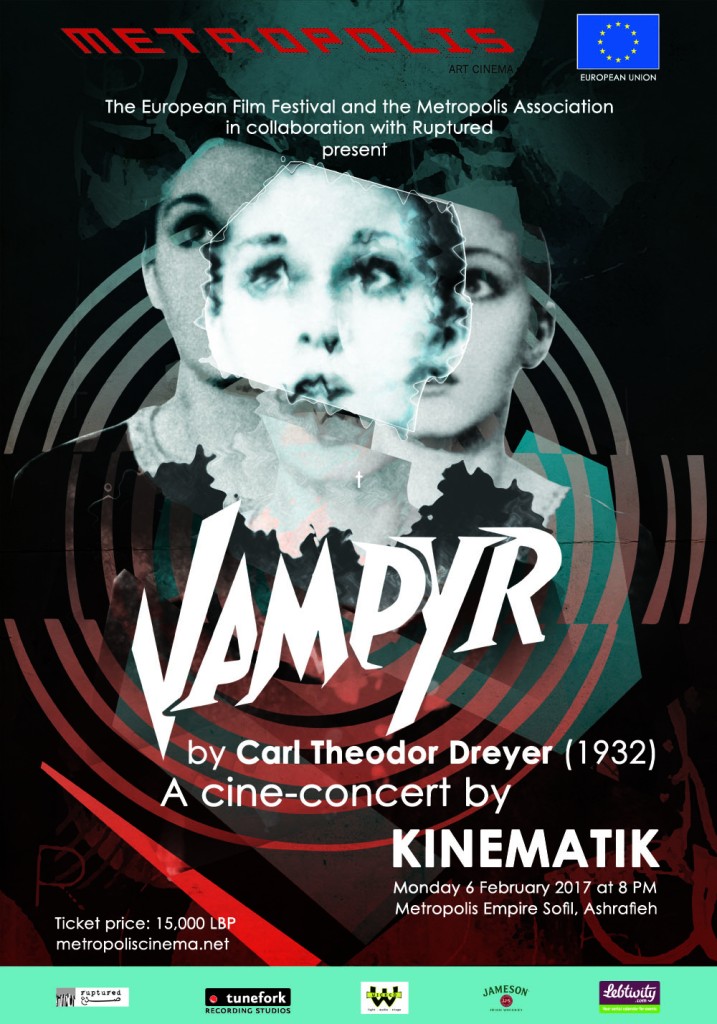